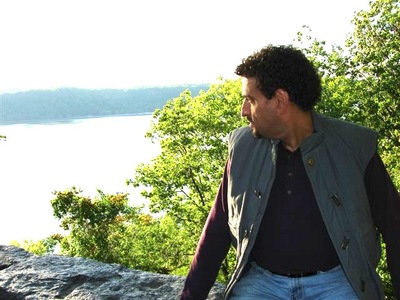 Jogo (Jose Gomez) is a singer/songwriter/pianist. His songs, "If I Let Myself Go" & "Si Me Dejo Llevar", co-written with Sheree Sano, were recorded by Dionne Warwick & Chuck Jackson on BMG & Evelyn "Champagne" King on RCA! On WENY-TV, "Jammin' with Jogo", his musical segment, airs regularly on "Good Morning Twin Tiers", with Laura Caso! Jogo is a full voting member of The Grammy's & ASCAP. He composed the score for the Off-Broadway musical, "Prime-Time", which premiered at The 78th Street Theatre, NYC. He's appeared at Carnegie Hall & Avery Fisher Hall, NYC, & he's toured extensively through out North America. Jogo is on the Board of Governors of The Elmira Little Theatre & is a graduate of the Berklee College of Music. He currently tours the Twin Tiers of NY & PA & he feels honored to sing the "National Anthem" at Elmira Jackals & Elmira Pioneer games! His solo debut CD, "Light in the Window" is available on iTunes, cdbaby.com/Jogo & at his live performances!

Jogo appears regularly on WENY-TV, on "Good Morning Twin Tiers", with Laura Caso, in his own musical segment, "Jammin' with Jogo!" Tune into Time Warner Cable Channel 4 (News Channel 36) from 6am-7am. Jogo's segment airs at approx 6:45am! Many different aspects of his music and songwriting are discussed, ending with a "live" in studio performance! Join us in the morning & relax with your coffee (or tea, or juice) and join the fun!

Jogo was honored when he was invited to perform at the Elmira City Mayoral Inauguration for Sue Skidmore, in 2012, and when he sang the "National Anthem" at the Elmira Jackals Playoff Games, also in 2012, at First Arena, Elmira, NY!